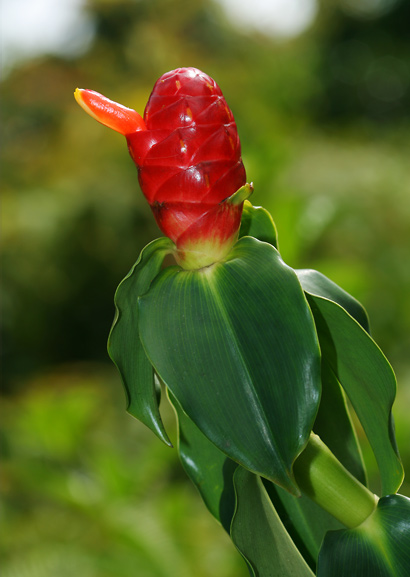 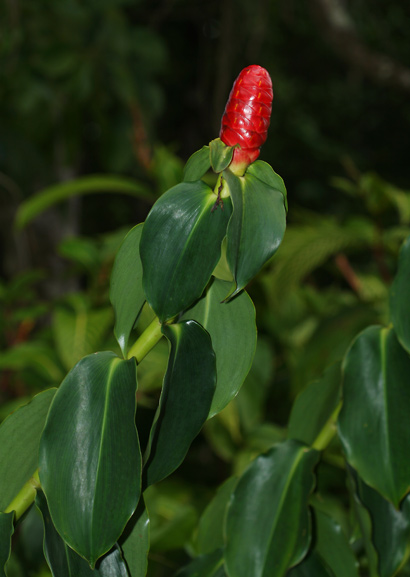 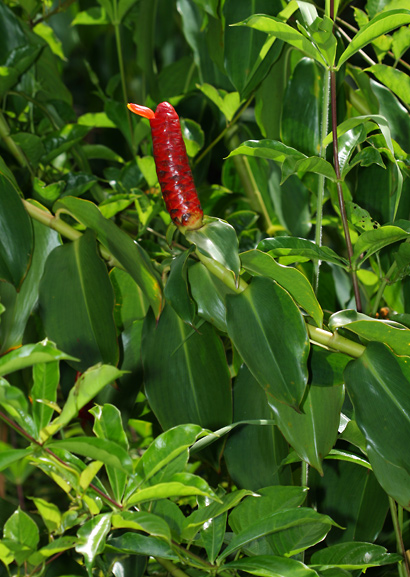 Description: The tubular, orange to red-orange flowers emerge one at a time from between shiny, red, tightly overlapping floral bracts on round-tipped, egg-shaped to cylindrical inflorescences at the stem tips. The individual flowers remain almost closed and have a barely revealed yellow labellum (lower lip petal). Young plantlets emerge from the base of the old inflorescences and can take root if they touch the ground. The leaves are glossy, dark green, hairless, spirally arranged, drooping, and elliptic to egg-shaped. The cane-like stems emerge from underground rhizomes and are erect to leaning.

Spiked Spiralflag (Costus spicatus) is commonly misidentified as this plant, but Spiked Spiralflag has larger flowers with a much larger, ruffled, yellow labellum, red-green floral bracts, and leaves with hair along the upper midrib.